Things I have learned in the last few months

A few weeks  ago I had a talk with one of my co-workers in which he said he had not evolved technically and personally in the past months. Aside from the fact that I had a different view it made me think of my own current situation. Which insights did I achieve in last few months? Take this post as a personal retrospective of the last few months.

I had to take a break for a few days which made me feel real uncomfortable. On the one hand I felt really anxious, on the other hand I had the feeling that I had not accomplished anything. Doing sports almost every day and then having to take a break is a situation I can hardly deal with. It has been written by SpOn that doing sports regularly it pushes you into a addiction. Having smkoed cigarettes for years I can confirm that sports has replaced cigarettes as my addicted-to-drug.

Having money is nice, but…

I have always been the person who uses his clothes and tools until they fall apart. This attitude started in my teenager years. Listening a lot to punk rock music and going to concerts could be one for reason for my behavior, I am not really sure about this. During this time I had a real good friend who supported me mentally and financial by donating me without ever wanting a reward. She always said making a gift to other people makes her feel better than buying something for herself. 12 years later I remembered her words again and determined that buying myself something new just for having something new without real usage does not make me happy. Instead I want to pass on the attitude of spending some useful things to people who are really happy about donations. I started my project this month by donating some money to Stratum0 and endowing Mike Pfingsten for his visit at the Entwicklerstammtisch Wolfsburg. My plan is to do one or two smaller donations every months for people or projects inside the IT community.

Planning projects or designing processes is really funny but sometimes I am in the situation in which a topic is talked to dead. You know it from roasting a steak: At some point the steak is so tough that you can break someones bones with it but not eat it any longer. If hou have reached this point take the initative and act or nothing will change.

To be honest, in my personal life I follow this rule a little bit too often. This results often in “rollbacks” which cost everyones time. This is definitely one of my weak points which I am trying to reduce.

Procastrination is not always bad

I must admit, after finishing my study at the beginning of the last year I got really lazy with my personal projects, e.g. publishing Nostradamus/prophetr. It is a pity not to deliver my own product but I feel much better with playing some games, reading books or doing sports. Eventually your own state of mind is all that matters and currently I am feeling really balanced.

At some point of my work life I realized that I can’t handle everything and had to delegate tasks. In the first few weeks it was very hard. I had the feeling I had lost control. I had to learn that delegating work means having trust in somebody elses capabilities.

Making rules for others means you have to follow your own rules, too. Bending your own rules results in a loss of your authenticity and reliability.

Until a few years ago I had the confidence that people can change. Sadly, I must admit, this perspective had changed in the last years. I had to accept the fact that most people can’t or don’t want to change even if this would be the better option.

My motiviation is not your motivation

Having a lot of intrinsic motivation is really powerful. Apart from a few exceptions I am achieving most of my goals. Although I can taint other people with my motivation I can not expect them to have the same level of motivation I have.

Every team member should have a defined role. This role should be written down where everybody can look it up. I am the opinion having a defined role makes you stronger. You have a work identity and the responsibility to push your role topic forward.

Technically faults I made

Making a personal retrospective means admitting my own faults, too.

Eh… well.. I set up our company domain with the .local TLD two years ago. In retrospect this decision had led to so much problems like not being able to resolve DNS names because the .local TLD infers with Bonjour protocol. Switching the domain name inside a Windows network is not so easy. I regret the decision every day.

Commit the Eclipse settings to your Git project

I did know that this was probably a bad idea but I had the sligthly hope that it would work. Making things short: It did not work. Never ever ever store your IDE settings in the repository if you are working with other people.

Technically achievements I made

Making Xtext as one of my default tools

Xtext is one of the strongest tools in my developer toolbox. It helped me in various projects and saved a lot of time and money

Connecting JIRA with our own time tracking tool

Some of our customers have full access to their designated JIRA project instances. Being transparently means to track the work times in JIRA. For accounting we use another internal application so we had to track our times in two different systems. I hacked down a PHP script in a few hours which simply copies all JIRA entries to our internal tracking system. Small script, huge time saver.

I am still not sure if I really like CDI or if I am troubling with Stockkolm syndrom. Using Dependency Injection without having a third party library like Spring or Guice is nice. One drawback is the different CDI implementations (Weld vs. OpenWebBeans) doesn’t necessarily produce the same result. Developing

I worked with HTML, jQuery, knockout.js and other frontend technologies, like GWT, for years and I liked it because they are transparently in their behavior. Switching from those techniques to JSF is hard. Hard is an understatement. Awful seems to be better fit. JSF adds an additional layer of abstraction where the interaction between browser and client is no longer easy to understand. Besides the fact that different JSF implementations like Mojarra and MyFaces produces different output.

WebSphere is not so bad at all

From an administrative view, WebSphere must be the holy grail. But why the hell does it take so long to deploy a simple web application? Why does enabling security makes the whole WebSphere administration view so slow?

Make it so!
Categories: Lessons Learned 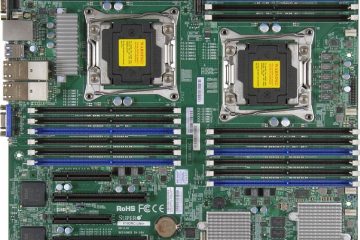 For a customer of us we had to set up two webserver environment on physical servers. We picked up both server systems (having a Super Micro X10DRI-LN4+ and a PNY Quadro P1000 installed in addition Read more…