rsync access can be restricted with a custom wrapper script or an official script named “rrsync”. Access to your remote filesystem should always be restricted so you won’t leak any information in case of a security breach.

I’ve used GitHub Actions a lot in the last few months. For web projects I am mostly using a custom script which gets triggered by SSH and does a git pull from the GitHub repository itself. Besides that it does Blue/Green deployment, automatically linking of VHosts and some other stuff.

Recently I had a much simpler requirement: I just wanted to copy the whole GitHub repository to my Uberspace. The GitHub Action definition for this is pretty simple:

You just have to add the parameters SSH_DEPLOYMENT_KEY, SSH_HOST and SSH_USERNAME in your GitHub project settings.

When running the GitHub Action, it copies the whole Git repository (including the .git directory) to the directory SERVER_DESTINATION on your host.

As you might have already guessed it, there is a catch: I am a paranoid person and I am feeling slightly uncomfortable to grant GitHub access to my whole webspace. Unluckily, with Uberspace you get only one user account. So I am not able to use a specific user for restricted file or directory permissions.

There are two ways known to me how you can restrict the access – without having a dedicated rsync user.

Using a wrapper script for checking the rsync command

When using SSH with public/private keys, you can specify which command has to be executed when a given key authenticates. Inside your .ssh/authorized_keys file you have to prepend the command=”” option before your public key:

As soon as the public key AAAAB3NzaC1y… authenticats, the my-script.sh is executed. Inside the given script you can access the initiated command by GitHub Actions through the environment variable $SSH_ORIGINAL_COMMAND. You can go with http://gergap.de/restrict-ssh-to-rsync.html to see how you can implement it this way.

Depending upon your needs, a custom wrapper script might be the way to go. But there is also a second way. The rsync developers had also developed a wrapper script written in Perl. It supports accepts one of two parameters -ro (read-only) or -wo (write-only) and a base directory in which the access is granted.

To set it up, do the following:

A minor advantage is that you don’t have to specify the target directory in your GitHub Action itself. You just have to use

in the YAML file. All files will be rsynced to ~/your_project_directory.

I showed you how you can rsync your GitHub project to a remote host and restrict access to the remote filesystem. In my case I went with the second solution.

I am asking you for a donation...

You liked the content or this article has helped and reduced the amount of time you have struggled with this issue? Please donate a few bucks so I can keep going with my troubleshooting adventure :-)

Make it so! Donate two or three Euros or Dollars.
Categories: CI/CD

Send me a dollar or two. 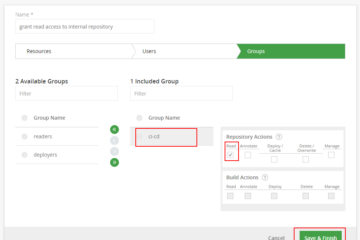 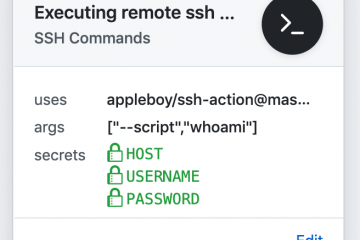 Shortly after I had started the work on nerdhood.de I built a deployment pipeline. The bash-based build script for my Laravel application was easy but triggering the deployment itself turned out to be more difficult Read more…

If you want to make your TeamCity, Confuence or JIRA instance accessible from outside of your LAN, you should remove all version signatures so that no attacker can easily lookup for existing exploits. TeamCity: Open <TeamCity Read more…