In the first weeks of our company I made the mistake to set up the Active Directory domain with a .local suffix which caused a lot of problems with Windows and Linux-based clients in the longer run. Besides that after I have shifted back my work to my original tasks – I am still a developer – the network infrastructure went into some kind of unplanned chaos. Too many people tried too many things for which they had no experience or no sense for the implications they made. Besides that we got a parallel FreeIPA domain nix.internal which had a domain trust with the Windows domain. Due to the complexity no one really tried to push the domain migration, even if it has been a long outstanding issue on our Kanban board.

Because of internal changes a few weeks ago I took over the ownership of the infrastructure. To put the “structure” in “infrastructure” together with one of my co-workers I immediately started to plan the final migration phase.

The new design of our infrastructure has been done over the last months.

Besides that we had a lot of other goals like a global naming schema for hosts, CNAME usage, consolidating our VMs and other things but this is out of scope for this article.

I prepared an own JIRA project containing all the tasks we had to solve.

Setting up the new domain

Setting up the new Active Directory and FreeIPA server was straight forward. A domain trust between domain.local and ad.domain.de just as between ad.domain.de and ipa.domain.de were established. I had to manually change the file permissions on our Linux-based file store as our permission concept has been also changed. Instead of assigning user permissions to files or directories we wanted to use security groups. Best practice. This took some time but was worth the effort as I fixed a lot of permission problems with the manual review.

After setting up the domain itself I prepared the (inactive) DHCP server, imported the existing settings via PowerShell from the domain.local controller, set up the DNS forwarding and so on.

It is one thing to make a migration from Exchange 2010 to a newer version but a complete different story to make a cross-domain migration of Exchange. Google’s results for such a constellation are relatively comprehensible. Microsoft does not support such a migration since Exchange 2007, using PowerShell and own scripts does also not work. We ended up in buying CodeTwo Exchange Migration which saved us a lot of time and pain. If you ever need to do a cross-domain migration of Exchange purchase a license. It is worth every cent.

After the initial installation of the new Microsoft Exchange 2016 server and joining it to the new ad.domain.de domain we set up the new Exchange server as a mail relay in our old Exchange Server 2010, both servers were listening to the same e-mail domain. This approach allowed us to test the new mail server with the existing domain. All other server settings were either exported and imported by using PowerShell or configured by hand/PowerShell.

Migrating clients into the new domain

The migraiton of the existing clients (PCs, notebooks) took much longer than expected. The migration of the local profiles did not work on all workstations. During the next logon the users were presented with the error “There are Currently No Logon Servers Available” (“Es stehen momentan keine Anmeldeserver zur Verfügung”). I figured out that this was a problem with the DNS configuration of the clients. During the join process, the new DHCP server were still disabled and the clients used the old domain controller for domain.local as DNS resolver. The server had a forwarded domain to ad.domain.de so the clients were able to join the new domain. But during the logon process, the client asked for a SRV record on the DNS controller and got the old domain returned, resulting in the error above. After disabling the old DHCP server, enabling the new DHCP server, manually setting the DNS server to the new domain controller and re-joining the new domain the logon issue was gone.

There is still a lot do, e.g. our Atlassian instances are still connected to the old domain. As the security groups are completely different in both domains I’ll have to fix this by hand. Maybe I’ll write a blog post on that, too.

Make it so!
Categories: Windows 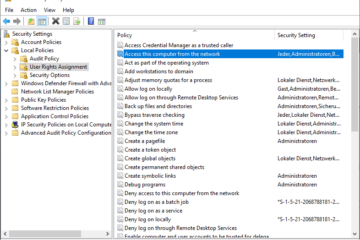 “The user has not been granted the requested logon type at this computer.” when accessing Windows 10 network resources

A few years ago, I stumbled upon the same issue with Windows 7 and already blogged about it. But the error “The user has not been granted the requested logon type at this computer.” can Read more…

A few months ago I had a strange behaviour: Sometimes the L2TP/IPSec connection between my workstation at home and our company VPN silently failed. After clicking on the VPN connection icon in the tasktray it Read more… 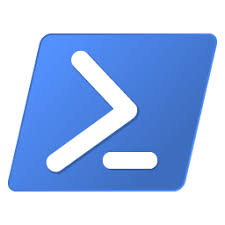 Attempting to perform the InitializeDefaultDrives operation on the ‘FileSystem’ provider failed.

Yesterday, one of our check_mk monitoring scripts based upon PowerShell failed, because the error Attempting to perform the InitializeDefaultDrives operation on the ‘FileSystem’ provider failed. showed up. The initial reason for this is unknown to Read more…